To follow up on our introduction to Impact Measurement, this post will look in more detail at recursive borrowers. Our full article can be found here. 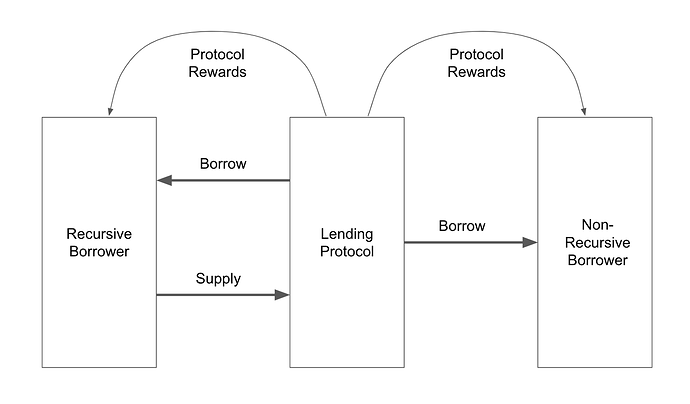 Due to recursive borrowing being effectively a form of arbitrage, it is favorable for users of this strategy to borrow close to the allowed limit to maximize the rewards earned. This drives recursive accounts to react quickly when borrowing limits are changed — a key observation for our impact analysis.

To calculate our impact on recursive accounts, we must first verify that they behave as expected when risk parameters are adjusted. If borrowing limits are the primary constraint, we expect these accounts to top up their exposure whenever limits are increased and reduce exposure when limits are lowered. 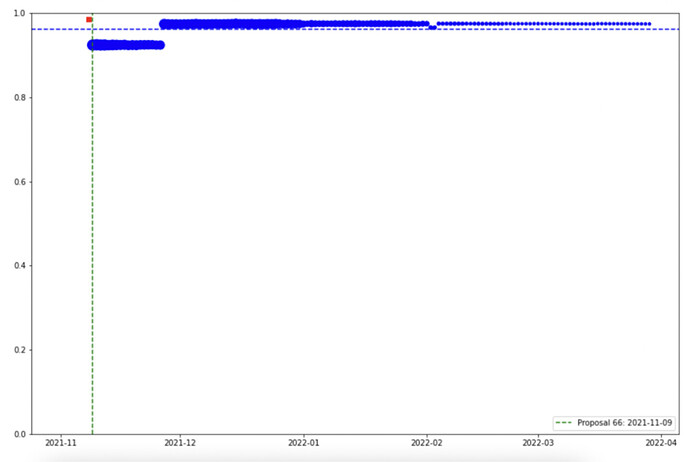 Looking at a typical account that we have identified as a recursive borrower on Compound, we note that as a share of total available borrows, their utilization remained very consistent during our parameter adjustment in late 2021 (Proposal 66) and afterward. While utilization from recursive users has dropped off more recently, this is probably more associated with changes in Compound reward mechanisms that have made their strategies less profitable (Proposal 92). During the period between these two proposals, our methodology holds that the impact of parameter changes on these accounts is directly proportional to the increase in borrowing power available, as the users fully recalibrated to the new limits. By comparing to the base case where limits and utilization were unchanged from the start, we can estimate the total impact on recursive accounts using relatively simple algebra. For example, if available borrows increased by 5% after a parameter change, we attribute 5% of recursive user activity after the change to our impact. As we will discuss in a later follow-up, the general (non-recursive) case of impact measurement requires more nuance, but we make this simplification for the specific period that recursive accounts kept their utilization almost constant.

Using what we know about borrower behavior, we can treat recursive users separately in the impact calculation to obtain a fairly clear view of their contribution to key protocol metrics. Since our experience with these users so far is mainly from the period following risk-on recommendations, our analysis quantifies the impact as an increase in total borrow usage, total interest paid, and total protocol reserves over the relevant period. The example view shows some results from our analysis of Compound between November 2021 and June 2022, when the majority of our impact on recursive users occurred there. With the effects of Gauntlet’s parameter changes, we estimate recursive users generated an additional $1.3M of borrow interest for the protocol, broken down by major accounts as shown below. 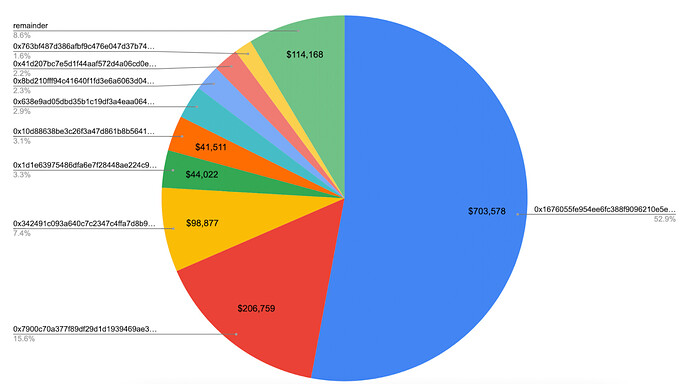 As some opportunities have been exhausted, we recognize that our impact on non-recursive borrowers may be a more dominant part of the calculation in the future. Due to their relatively straightforward behavior, however, recursive borrowers are a simple case to introduce the concept of impact measurement without the added complexity of analyzing shifts in utilization. In later articles, we will generalize the ideas discussed here to the broad non-recursive user base and share more data on the total impact we found across all account types.